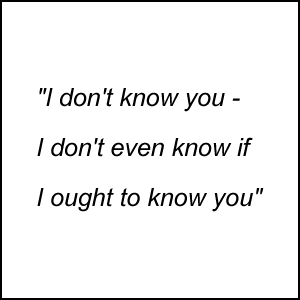 Prosopagnosia or face blindness is a neurological disorder that affects an individual’s ability to recognise familiar faces – acquaintances, friends, colleagues, well known people, and even close family members. It can be present from birth or the result of a brain injury later in life.

Face blindness is thought to be the result of abnormailities, damage or impairment in the right fusiform gyrus, a fold in the brain that is responsible for facial perception and memory. The condition can vary in the degree of severity and impact, with severe face blindness affecting approximately 2% of the population – a total of 1.2 million people in the UK.

Medical awareness and research has recognised ‘Acquired Prosopagnosia’, that is face blindness as a result of head injury or brain trauma such as a stroke, for at least the last 50 years, but it is only in the last decade that ‘Developmental Prosopagnosia’ has become the subject of research.

The majority of people who have lived all their life with the condition may well be unaware that they have a neurological deficit, and that for other people recognition is automatic.